Calum is an accessibility consultant, conference speaker and front end developer, working mainly with the team at renowned agency DXW. We were interested to speak to Calum mainly because of his experience in building for accessibility. At a technical level, he knows it all, and is one of the people relied upon by many to not only put best practices in place, but teaches others how to do the same.

Calum, explain what you do and what you care about

So I currently work in an agency of about 200 or 100. We design a full range of public sector clients and I have got a hybrid role as a developer and accessibility consultant there at the moment.

My inspiration now is that half the work done by organizations to bring in more of a culture of accessibility there and everything. Working at the BBC, Co-op, this short moment to some people there who have set good examples and are really keen to have a similar kind of perch where I work at the moment.

To really get people to take my viewpoint in that accessibility is a mainstream concern for everybody, and accessibility should be treated as a first principle in everybody’s work. The same way that we talk about responsive first, mobile first, I think it be accessibility first.

How do you personally go about explaining the importance of online accessibility to someone who’d never even considered it?

Probably looking at how accessibility is defined and pushing beyond the assumptions that it’s just a small minority of society who have disabilities, but it can affect us all. It will affect us all and through older age. Microsoft’s example, where they have a diagram of different disabilities, and it’s split into three different categories.

So you have permanent disabilities, which is probably what people assume are all disabilities mainly. But then there’s also temporary disabilities, which we all face when having accidents or problems throughout life and temporarily, which create barriers for us. And similarly for situational disabilities, so I think people can relate to things such as being intoxicated and that creates its own disabilities whenever you’re trying to do something online.

And yeah, I think getting people to understand the perceptions and challenging those perceptions of what actual disability is. Asking, who are you willing to exclude when you’re designing something and that’s a better way of look at it, really.

How do you think the internet will change over the next ten years, and what specific features or habits that exist now, do you hope will be seen as from their time?

I think there’s a lot of things. We’ve got used to designers who are very much still stuck in this desktop mentality when looking at compositions. At least in the next ten years, hopefully, that will be seen as more of a dated practice.

Trying to look at how we design – not only for common disabilities, but obviously there’s a whole lot of barriers that we create through bad design, which even I, without any obvious disabilities would find using that on a touch device there are barriers there.

I think in the next ten years we’ll hopefully find that we don’t have so many of those. Once people start to realize the primary way people access the internet is not through a computer, like a desktop or laptop. Many people won’t even have a computer or laptop in the future and will just have a tablet or phone. Even now, I think a lot of people who either don’t have enough money to buy a computer or they just want a phone, that’s the only way they access the internet.

If you’re with someone who needs to check how accessible their website is, but only has five minutes, talk us through how you go about showing them.

First I’d probably look at inputs and how people actually interact with the website. The most common way we do it normally is to take away the mouse and see whether they can still access everything purely just using keyboard, just to demonstrate that you need to have every function accessible.

If you can’t do that without a mouse, then there’s a whole range of different accessibility assistive technology, which requires that same process to actually get through all the different parts of the website. That’s the first step.

Another step is to be looking at the whole visual appearance. If you take away all of the styling and all of the scripts or functions, can you still make sense of what’s on the page? Does it make sense in terms of being out of context?

In terms of the adoption of accessible digital products, what do you think is the biggest challenge?

I think looking at companies and organizations, looking at the team structure, how disabilities are represented in companies. That’s a big challenge – that we don’t have enough people with a range of disabilities being able to get into employment and therefore have a good representation of the products.

Typically, a lot of start ups, but also larger corporations have purely teams made up for the able employees. You don’t have that understanding of, or empathy of, making accessible products. I see things like compliance versus exclusion, that sort of mindset where companies often just see the guidelines from WCAG and see that as their only reason for making changes to the accessibility of their products. Whereas there are whole other concerns beyond compliance and terms of mindsets and whether you look at designing products which don’t create barriers in the first place.

What is the one thing that every single person can do or learn to play a part in the progression towards an accessible internet?

Read, listen, or watch a good article/presentation which I found quite recently through somebody who is quite well known through accessibility networks. One of the good starting points to actually educate yourself through good sources of material, which really give you that understanding of why accessibility matters. So that’s The Little Book of Accessibility by Gareth Ford Williams.

He previously worked at the BBC and worked on creating a culture of accessibility there. That’s fully accessible as well, so you can read it, you can watch it online with captions as well. I’m not going to condense everything that he said into this answer but yeah. Really just to develop a sense of empathy for the everyday challenges that people face using using online services, and that helps you to push your assumptions beyond what a disability is, and start to understand that it affects us all at some point. Until your design, your work, doesn’t create barriers for people. 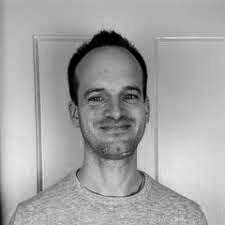 This site is run by Tom and the team over at Huxley.  If you would like to contribute or need support of any kind, please get in touch.

Talk to us on LinkedIn